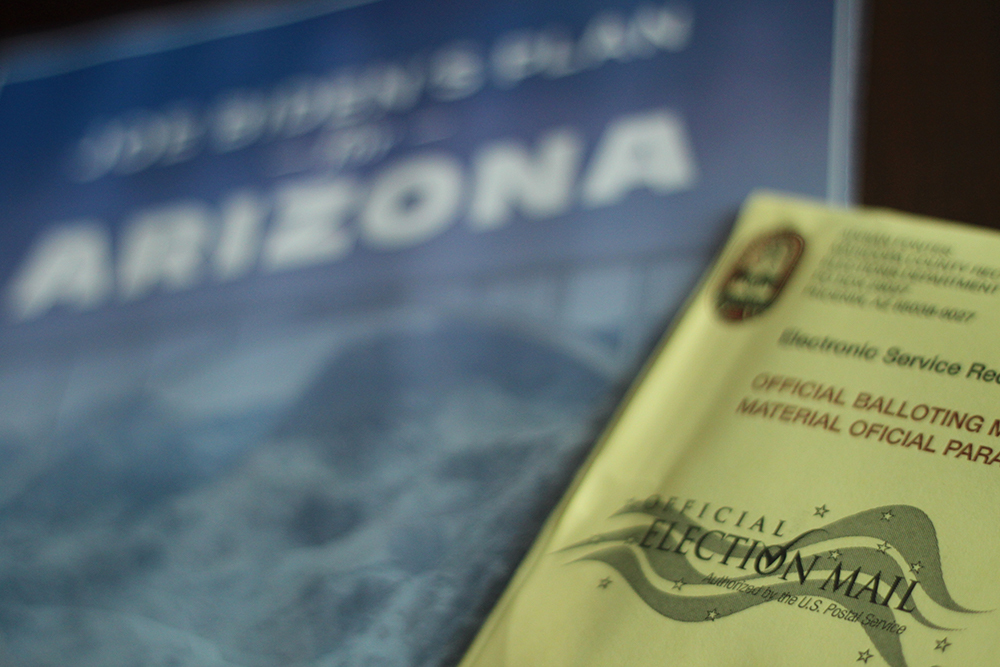 Arizona voters are accustomed to safe and secure elections. Despite the increased scrutiny in 2020, Arizona’s elections have served as an example for the rest of the country, especially when it comes to our Permanent Early Voting List, or PEVL. PEVL allows voters to sign up for Early Voting Ballots for every election.

Now, some legislators are calling for massive changes to PEVL that would disenfranchise millions of voters.

Arizonans have had early voting options since the early 1990s. Prior to the adoption of PEVL, anyone who wanted to receive an absentee ballot had to prove that there was an obstacle preventing them from being at the polls on Election Day. In 1991, the state began allowing voters to request an absentee ballot regardless of their situation, and in 1997, the language changed from “absentee” to “early” voting. Ten years later PEVL was proposed by the Republican controlled legislature, giving voters a method to permanently sign up to receive early ballots by mail.

Since its adoption, PEVL has been an incredibly successful — and popular — program. 3.2 million Arizonans now use PEVL to vote — or almost 76% of Arizonans.

How does PEVL work?

Voters must submit an application through their County Recorder’s office, in which they include their signature and identity verification. In order for voters to receive a ballot, they need their name to be on the list at least 11 days before an election. Once they are on the list, voters on PEVL will not have to submit further requests for ballots-by-mail and will receive a ballot for each election. These ballots may be submitted in-person at a polling site, through the mail, or in a secure ballot drop box. They will be valid as long as they are received by the County Recorder by 7pm on Election Day.

Despite the success of PEVL, there is a push from Arizona politicians to create obstacles that would increase the difficulty of voting by mail.

One of these propositions is SB1069, a bill presented by Senator Michelle Ugenti-Rita (R). SB 1069 aims to remove voters from PEVL, primarily based on whether or not they voted early in the past two elections. It also requires voters to submit ballots for both the primary and general election in order to continue to qualify.

This legislation poses many challenges to the future of early ballots-by-mail in Arizona, one of them being the impact on independent voters. This legislation would disproportionately disenfranchise independents at higher rates as independents vote at much lower rates in the party primaries, in large part because they have to request a ballot from one party in order to participate (compared to party members who are automatically sent a ballot).

Removing unqualified voters from PEVL is not something that has been overlooked in Arizona, as they have already implemented an effective system. This system compares voter rolls to USPS address changes, felony convictions, and those who have died or become incapacitated.